Today, I finished reading the psychological-thriller ‘The Twins’, by Saskia Sarginson. I have written a review below which follows my usual ‘review from a writer’s perspective’. Instead of reviewing from a plot-based ‘this-is-what-happens next’ perspective, I review ad-hoc elements of a book which help me to develop as a writer. I capture notes on setting, character dialogue, theme and plot, along with all of the other elements, as I read, and I put them together into one big review. The review does contain spoilers, so if you intend on reading the book then please do so first. But please also visit again as I’d love to hear your thoughts.

I absolutely loved this debut novel from Saskia Sarginson. I purchased the book from a charity shop (as I love the re-use, re-love technique!), having been drawn in by the title, ‘The Twins’, and the accompanying image of two twin girls sitting side by side. I think the appeal was not only in the subject of twins and the psychology that exists between them, which I find fascinating, but I also think that at the time of buying, my mind was dwelling on another book that I had read a few years previous, which was also based on the subject of twins, and which I had loved. The book was ‘My Fearful Symmetry’, by Audrey Niffenegger.

Firstly, I must confess that I did find ‘The Twins’ difficult to connect with in the first few chapters, and at this point I was wondering if I was actually going to like the book. But I persevered, and I am so glad that I did! This really does show that you have to stick with a book in those times when you just want to give up!

The first person is told from the twins – Viola’s and Isolate’s perspectives, from the time of childhood to early adulthood. These perspectives are broken down into scenes in chapters and are given no particular order. Sometimes I did have to work out who was speaking, while other times it was made obvious from the outset. I feel that this haphazard technique (as opposed to ordered novels) made the book very interesting and natural. Sometimes we were thrown a little section of adulthood right in the middle of childhood, which I found brought the memory and the present day closer. We tend to see this technique a lot in films; where the scenes flick from past to present. I guess that sometimes showing memory and present day so close together gives both more emotional punch at that particular time (rather than spacing those connections chapters apart).

I am a huge fan of psychological thrillers, and I quite often love a character to be the leader over plot. I felt that in this book, plot and character were of equal measure, which was refreshing. I found that it took a bit of time to fall in love with the characters, but I think this goes with most books. May be humans need time to pass by in order for us to connect emotionally with a story, the more we become familiar with it. I am not entirely sure when the pivotal point was that I felt I began to love the characters – but it might well have been during Rose’s (their Mother) every day routines, and during her dialogue to her daughters. Rose came across as natural and wild which was a change from the familiar ‘heart in the right place / faced with a problem that tests him/her to the limit’ characters that we see in these genres.

I found the book had a huge emotional impact on me. The memories that were described in the present day (after us going through those events in real times in their childhood) is what had achieved this. There is a power in repetition – of living through an event and then re-living it through memory later on in years. Another powerful element was the use of showing ‘handwritten letters’ from one character to another. When a handwritten letter is used, we have the perfect medium of seeing how a character feels about another character, as opposed to a character speaking out how they feel through dialogue. The latter doesn’t quite have the same emotional impact as the first.

I loved how Saskia described location and setting, and how she used it during action and time of character reflection. Her choice of the natural world – the sea and beach, the trees and skies – were all perfect for the mood of the scenes and the story as a whole. The tower was particularly atmospheric too which to me made a connection to the dark fairy tales of childhood.

I thought the biggest negative element of the book was the inclusion of a storm at the end. The storm was used in order to stop the characters from contacting each other at a very crucial moment. This is a method used a lot in horror film. I think horror film gets away with it to a certain degree (as it adds to the fear and drama), but sometimes in books, I see it as somewhat cheating the reader. It is as though the story has been left to wander alone, left to chance, beyond character control. If there hadn’t been a storm for instance, then what would have happened? Would the characters have made a different choice? I suppose we could see that as being life in general – the cause and effect of our every day?

There was definitely a sadness to the book – a feeling of time lost, of regrets, of wanting to grab back the past. This is a universal emotion of which we can all relate. I also believe that it is one of the most powerful emotions in fiction – forcing our hearts to ponder over our own lives and experiences in the same way. Although we are living the characters experience, we are also very much living our own too. A parallel power.

The story also had a coming-of-age theme. We see the twins grow up and discover the twin boys as friends and first loves. We are also shown the dark side of eating disorders and how these can develop. Saskia approaches this difficult subject using such delicate yet powerful writing.

I would recommend this book to any one who has the tendency to feel nostalgic, and to those who often dwell on the past and daydream while doing so.

Before I say goodbye on this post, I’d like to give you an update on my writing and reading happenings. I have read seven books of varying themes this year, and my goal is to read eighteen. I have managed to review most of them, which can be found on Goodreads, but at the end of the year, I am going to write a 50-100 word review of each and post it here on my blog.

I have also been working on my first novel, which has been pending over many years. But I think this may be a good thing, because it seems to have morphed into something a lot more powerful than five years ago. I have an on-the-go file that I add to as I go about my day – popping in ideas on post its!

I hope you are having a creative year!

Will be back very soon!

11 thoughts on “Book Review: The Twins by Saskia Sarginson” 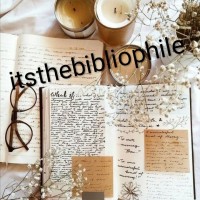 The Art of Blogging

Seeking Solace in the Horizon of Life & Beyond.

Music, Movie, TV and Pop Culture News for the Mainstream and Underground

Aspie who writes stories, and talks about life.

The writing and photography of Carrie Birde

Pages and Pages of Words & Thoughts

I want to be a Paperback Writer.

A Pencil Is Best